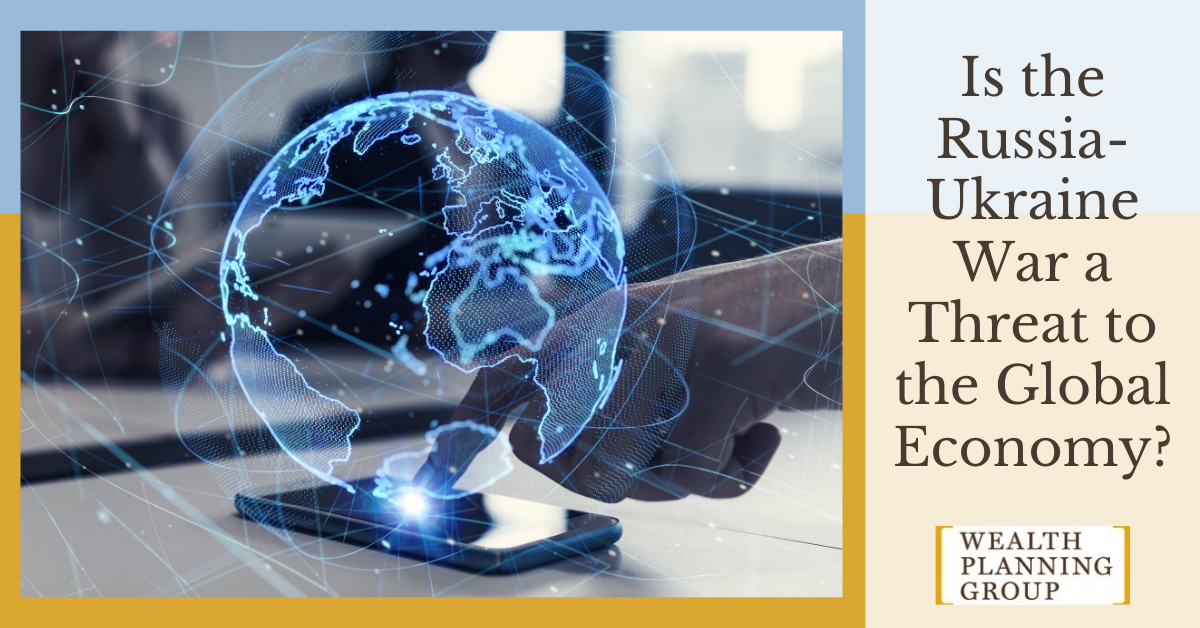 Is the Russia-Ukraine War a Threat to the Global Economy

Before Russia stunned the world by invading Ukraine, it was widely believed that the economic ties formed through globalization would help promote peace. But the war is testing that assumption and drawing attention to the vulnerabilities in far-flung supply chains, which were already under pressure because of the pandemic and recovery.

In response to the brutal invasion of Ukraine, the United States, European Union (EU), United Kingdom (UK), and their allies are using financial sanctions to inflict severe damage on Russia's economy and pressure its leaders to end the war. But that effort likely comes at a significant cost to the global economy.

Western nations acted together in unprecedented fashion to isolate Russia from world trade and the global financial system. Some of Russia's largest banks have been expelled from SWIFT, an international payments system. Assets that Russia's central bank held in North America and Europe have been frozen, restricting its ability to prop up the value of its currency, the ruble.1

Germany shelved the opening of a new gas pipeline that would have supplied natural gas from Russia, and the United States and the United Kingdom have announced bans on Russian oil imports.2 Hundreds of Western companies have suspended operations or pulled out of Russia, the world's 11th largest economy, either to comply with sanctions or because of public outrage over the war. Some wealthy oligarchs believed to be close to the Kremlin have also had their assets frozen or seized.3

The effects of sanctions have clearly been felt in Russia, where the central bank raised its key interest rate to 20%, and it's estimated that the Russian economy could contract up to 10%.4-5 Until recently, Russia was a full participant in the global economy, so being cut off from Western supply chains and technologies could be painful for Russian businesses and consumers. It remains to be seen whether China will step in to fill the void left behind by the West.

Russia is a major producer and exporter of food, energy, metals, and other raw materials that often fluctuate in price based on the balance between supply and demand across global markets.6 Therefore, supply shocks stemming from the war and sanctions have caused price spikes for some high-demand goods.

Russia is a top energy exporter, so crude oil and natural gas prices have surged since the conflict began, largely due to concerns about supply constraints. The EU relies heavily on energy imported from Russia (about 40% of its gas supply and almost 25% of its oil). Thus, reductions in energy deliveries from Russia would be difficult to replace and could worsen shortages in the global market.7

Russia is also a major producer of metals such as palladium (needed for catalytic converters), platinum, aluminum, copper, and nickel (needed for batteries).8 In addition, about half of the world's supply of the neon gas used to make semiconductors came from Ukrainian companies that have been forced to close their operations. Until neon production is ramped up elsewhere, shortages could exacerbate the chip shortage that has been slowing the production of new cars, computers, electronic devices, and other products.9

Russia and Ukraine account for nearly 30% of global wheat exports, 17% of corn, 32% of barley, and 75% of sunflower seed oil. Financial sanctions have largely blocked Russia from exporting food, while the conflict has prevented Ukraine from transporting food out of the country. Russia is the world's top producer of fertilizer, providing about 15% of the global supply. Thus, crop yields throughout the world could be hindered by a shortage of fertilizer, which has risen to record prices alongside the natural gas from which it is often made.10

The bottom line is that consumers everywhere may soon face even higher grocery bills. The United Nations projects that global food costs, which are already at an all-time high, could soar another 22% due to the war. Egypt and other developing nations in North Africa, the Middle East, and Asia are especially dependent on grains from Russia and Ukraine. Disrupted food supplies and elevated prices are expected to cause a notable increase in world hunger.11

Russia and Ukraine account for only about 2% of global gross domestic product, but high energy prices and supply shocks caused by the war could have a far-reaching impact on a global economy that has not fully recovered from the pandemic. The Organization for Economic Cooperation and Development (OECD) estimates that global economic growth in the first year after the war began will be 1.1% lower, and inflation will be about 2.5% higher, than they would have been without the invasion. The impact will be greatest for countries with closer trade and financial ties to Russia and Ukraine. Throughout the world, people with lower incomes will likely suffer more because food and energy account for a larger share of spending.12

Russian aggression has caused a humanitarian disaster and an economic catastrophe in Ukraine that are nearly impossible to measure. More than 4 million people have already fled Ukraine, and many more could follow. Without outside help, accommodating the flood of refugees is likely to strain the finances of host governments such as Hungary, Moldova, Poland, Romania, and Slovakia.14

Europe has more exposure to the Russia-Ukraine conflict than the United States, but in both economies, inflation had already climbed to levels that haven't been seen for decades.15 In the coming months, the world's key central banks will face the tricky task of raising interest rates enough to control inflation without causing a recession. There could also be longer-term repercussions, such as the reorganization of global supply chains and less integrated financial markets.

Estimates and projections are based on current conditions, are subject to change, and may not come to pass.

Content in this material is for general information only and not intended to provide specific advice or recommendations for any individual. All performance referenced is historical and is no guarantee of future results. All indices are unmanaged and may not be invested into directly.

The information provided is not intended to be a substitute for specific individualized tax planning or legal advice. We suggest that you consult with a qualified tax or legal professional.

This article was prepared by Broadridge.